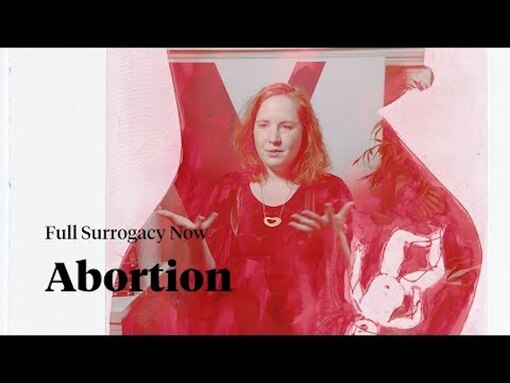 According to Sophie Lewis (in Full Surrogacy Now) , if you are a woman, you are a vulnerable victim who at any moment, can be pressed into slave labor as a “gestational worker”, subject to horrors as evil as cancer, and as brutal as an animal attack:

“…It is a wonder we let fetuses inside us. Unlike almost all other animals, hundreds of thousands of humans die because of their pregnancies every year, making a mockery of UN millennium goals to stop the carnage…….biophysically speaking, gestating is an unconscionably destructive business. The basic mechanics, according to evolutionary biologist Suzanne Sadedin, have evolved in our species in a manner that can only be described as a ghastly fluke. Scientists have discovered—by experimentally putting placental cells in mouse carcasses—that the active cells of pregnancy “rampage” (unless aggressively contained) through every tissue they touch. Kathy Acker was not citing these studies when she remarked that having cancer was like having a baby, but she was unconsciously channelling its findings……a human cannot rip away a placenta in the event of a change of heart—or, say, a sudden drought or outbreak of war—without risk of lethal hemorrhage. Our embryo hugely enlarges and paralyzes the wider arterial system supplying it, while at the same time elevating (hormonally) the blood pressure and sugar supply. A 2018 study found that post-natal PTSD affects at least three to four percent of birth-givers in the UK……It seems impossible that a society would let such grisly things happen on a regular basis to entities endowed with legal standing. Given the biology of hemochorial placentation, the fact that so many of us endowed with “viable” wombs are walking around in a state of physical implantability—no Pill, no IUD—ought by rights to be regarded as the most extraordinary thing…….even the most wrongheaded of textbooks written a century ago at least stated the problem to be solved in uncompromising terms: “Birth injuries are so common that Nature must intend for women to be used up in the process of reproduction, just as a salmon die after spawning.”…”

And what is the elixir that will cure this global horror? Why, Marxist labor theory, and the communist utopia, of course!

“…What if we reimagined pregnancy, and not just its prescribed aftermath, as work under capitalism—that is, as something to be struggled in and against toward a utopian horizon free of work and free of value?…What is the point of this book?… The aim [of Full Surrogacy Now] is to use bourgeois reproduction today (stratified, commodified, cis-normative, neocolonial) to squint toward a horizon of gestational communism. Throughout, I assume that the power to get to something approaching such a horizon belongs primarily to those who are currently workers—workers who probably dream about not being workers—specifically, those making and unmaking babies…”

This book really deserves an examination. Not for it’s positive usefulness, but for its negative usefulness. Some ideas are so bad, they need to be inspected for insight into their origins.